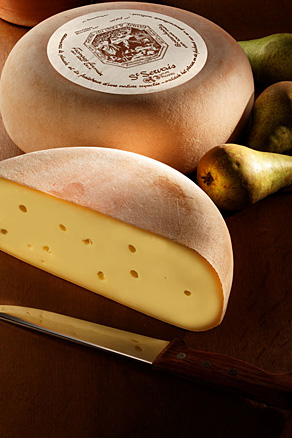 Shaped like a wheel of approximately 5 kg, it has a hard texture and is uncooked.

This organic cheese from raw milk was invented by Laurent Jamar at the Bois Saint-Servais farm, hence the origin of its name.

Its texture has a few small round holes. Its natural crust is the result of several washes. Its taste is slightly spicy and is typical of a hard textured cheese from raw milk; it is reinforced with the increase in the ageing process, guaranteed for at least 6 weeks.

Awarded the bronze medal at the BIOCASEUS 2009 European contest in the semi-hard texture category. Favourite Choice 2009 of the «Chefs de cuisine» at the Walloon Cheese contest in Château d’Harzé.