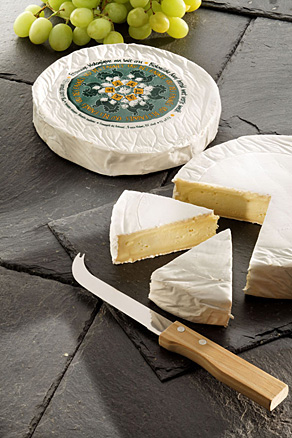 Organic softened cheese from raw milk with a bloomy rind. It weighs approximately 800 grams. The CRU DES FAGNES resembles a BRIE DE MEAUX due to its lactic feature.

However, a few weeks of storage are necessary to age it to the core and enable it to release its generous and creamy paste.

Awarded the "Coq de Cristal" at the agricultural festival of Libramont in 2003 and elected "Cheese of the year 2007" at the Walloon Cheese contest at Château d’Harzé.